Tall pine trees shield the three children playing in a shared backyard from the blazing sun. It’s an afternoon in late April around 55 degrees with a mild breeze, just enough to prevent you from sweating too much.

Other children are outside but they aren’t playing with each other. Instead, they stay in their own sections of the communal backyard that stretches behind the somewhat faded single-family houses in the Holtsville neighborhood.

It’s another unusual Tuesday. There are no empty parking spaces. Everyone is at home.

It’s been four months since I moved into this small two-story house with two friends from Stony Brook University, where I’m a junior journalism major.  And until recently, I’ve never seen my next-door neighbor.

He coughs a lot, but he never comes outside. I hear him all night through our thin yellow walls. It’s not an old man’s cough, so I don’t think he’s elderly. It sounds more like a grown man trying to clear his throat. My best guess is that he is in his mid-fifties.

But at least he’s not alone. The other day, I saw a tall brown-haired woman in her 50s and a 20-ish woman with a pixie haircut I thought might be her daughter. The daughter refrained from making eye contact with me. The older woman saw me and said hello. I responded, and they went inside.

That was the first – and maybe last – communication I had with my neighbors in the four months I’ve lived here.

They never come out into the yard. This is in contrast to most residents for whom the yard seems to have become safe havens during this time of lockdown. Many have two sets of chairs and a table set outside.

When the weather is nice, some people come outside for afternoon tea or for a coffee break. Some just sit for hours, staring at the greenery – or watching their kids play.

A little girl about six years old is the oldest among the three blonde children playing right across from me. My living room window opens up to the backyard where I can see everyone. I smile and wave to them. They wave back.

A kid’s red Jeep is abandoned a bit beyond my section of the yard. The little girl and her two brothers start walking toward it.

“KRISTINA, DON’T GO ANY FURTHER,” yells a middle-aged woman, alarm in her voice, from two houses away.

Now I know the girl’s name. Kristina is wearing a red soccer shirt with the number nine on it. She is the leader of the group as her younger brothers follow her every move.

Kristina steps over the invisible boundaries that separate the backyard and is immediately called back by her mother. She stops where she is, turns and starts walking toward her own yard, her brothers trailing behind her.

They look at me as they pass through my yard and I smile.

In the days before the coronavirus, I would have been in class on a Tuesday afternoon. But if I’d been here I would have asked them their names or how old they are or some passing nicety. But kids aren’t fully aware of the social distancing thing that dictates our interactions now and I’m afraid they might come too close.

In any event, their mother watches them like a hawk as they make their way back to their own patch of grass. They pick up their plastic shovels and a brown beach bucket and start digging in the dirt.

I bring out my laptop and set it on the gray table in our portion of the communal yard. Taking a seat in our worn-out burgundy lawn chair, I place my cup of green tea to one side and start typing.

I like to do my homework while listening to the laughter of these children.

It makes my day feel just a bit more normal. 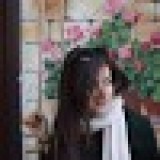 I am a junior in Stony Brook University's School of Journalism and also work as the social media and communications coordinator for the university’s Office of Student Affairs. My passion in journalism is international news reporting. I am also passionate about audio and video editing. I am the assistant multi-media editor for the campus newspaper, the Statesman.