Gino’s Pizzeria stands in a nondescript strip mall on busy Merrick Road in Seaford. Black-tinted windows keep out the sun’s glare and provide the perfect background for seasonal art, like giant snowflakes or red-white-and-blue fireworks. They also prevent passersby from seeing inside – not that there’s much to see these days since table service has been suspended and most of the action at Gino’s now takes place in the parking lot.

That’s where customers line up – six feet apart, of course – waiting for their take-out orders. At the height of the dinner rush, which is fast approaching, as many as a dozen customers might be waiting in their cars or in the socially distanced line.

And tension fills the six-foot gap between each person, as everyone fears they could be COVID-19’s next victim.

On a Thursday night in April, the screech of tires in the distance turns heads.

The shine of a crimson red BMW reflects in the window as the driver whips into the blacktopped parking lot.

With a little effort, the driver purposely slants his car across two parking spots reserved for the handicapped. The rumbling transitions into silence as the driver turns off the engine, but stays in his car.

“What a jerk,” Frankie Beltrani, the pizzeria’s manager and owner, says, glancing out the window.

As he turns to take a pie out of the oven, Beltrani’s long unkempt golden hair swoops to his left side. The dust from the pizza dough covers his black shirt, although he doesn’t seem to care to wipe it off.

Even though the coronavirus shut many local businesses, Gino’s has kept its doors open and reaped the benefits – gaining ten times as many customers as before.

In the middle of a global pandemic, this Long Island pizzeria is doing better than ever.

Sliding the pie into a cardboard Gino’s to-go box, Beltrani places a miniature white plastic table, called a pizza saver, in the center. The curbside order is for a couple who must have been sent home from college amid the pandemic, as their matching gray sweatshirts read “UAlbany” in gold and purple lettering.

Beltrani pulls up the face mask scrunched under his chin to cover his mouth and nose. He carries the box of pizza out into the windy cold afternoon. Carefully handing the couple their pie, he makes sure to avoid physical contact.

This is takeout pizza in the time of the coronavirus.

Ten minutes later, the dinner rush begins. The landline rings off the hook and GrubHub orders ding from the iPad next to the cash register. A giant black machine the size of a microwave sits next to the register and churns out food orders while Beltrani tries to catch up with the 15 previous orders that arrive almost simultaneously.

The sweat from Beltrani’s brows drips onto the register as he totals the bill for the other customers waiting outside. Three empty water bottles sit on the counter. Beltrani runs to the Dasani refrigerator next to the front door, grabs a cold bottle and chugs it in 30 seconds, tossing his fourth bottle into the trash.

Suddenly, the front door flies open as the driver of the crimson BMW rages into the store. The short, stocky man slams his fist on a table, gearing up to give the pizza maker a piece of his mind.

Beltrani looks up in the middle of taking a phone order. He recognizes the man wearing a fedora and a blue dress shirt and brown sweater, as a regular named Kenny, infamously known for his frequent outbursts. Beltrani and his employees can’t help but chuckle, even though they know Kenny is about to yell.

“I HAVE BEEN WAITING OUTSIDE FOR ALMOST AN HOUR AND NOBODY HAS BROUGHT OUT MY FOOD.” Kenny waves his hands around as he screams.

Beltrani takes a deep breath, personifying calm. “Sir, no one is allowed to come into the store and you never called to let us know you were here.”

Beltrani, who has managed Gino’s for the last five years, explains the store’s new pickup-only policy. “You have to let us know you’re here. How would we know when you’re here without you doing so?”

Beltrani motions to the sign posted on the front door. “Not to mention,” he continues, “there is a sign taped to the door that says you are not allowed inside the store.”

“I want my food.” He leans over the counter to pick up what he thinks is his order. “And a refund – NOW.”

Beltrani stares at him, snatching the food back.

“Excuse me, miss,” Beltrani puts his customer on hold. He turns to Kenny and motions for one of his workers to finish the phone call.

“Have you gone insane? You are not allowed over here, and that is not your food. Please stay away from me and my staff. This is why we aren’t letting people inside the store.”

Kenny’s face turns bright red, giving him the appearance of an angry gnome.

“This is the worst service I have ever had. Just give me my food so I don’t have to come back here again.”

“Here’s your food.” Beltrani tosses the to-go container of freshly made penne alla vodka on the counter. “And do me a favor, never come back to my restaurant again.”

“Don’t worry, that won’t be a problem for you.”

Kenny picks up the round foil container so tightly, it begins to crease and shape shift. With stomping feet and a slam of the door, he makes his way out of the restaurant and speeds off in his red BMW.

This is takeout pizza in the time of the coronavirus. 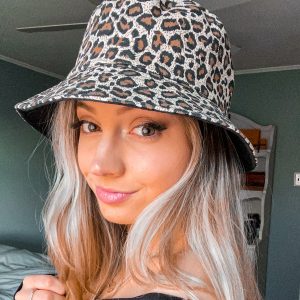 My name is Kimberly Brown and I am a senior journalism student at Stony Brook University. Before coming to Stony Brook, I attended Nassau Community College, where I received my Associate's Degree in Creative Writing. I plan to pursue broadcast journalism and news writing after graduating. I enjoy writing lifestyle pieces but have also been heavily interested in politics and aspire to have a publication of my own in the future.